Sci-fi related and off-topic banter can go here. All posts allowed unless specified otherwise in the rules. Please refrain from posting flames, personal information, using this board as a private message system or help questions

one thing I don't get...do the speeder bike mods make any sense? what's the advantage of going from a seated "cockpit" to a straddle position like a crotch rocket or a horse?

and why are they always depicted firing blasters? it takes two hands. nobody's going to charge into battle on this weaponized vehicle with one hand on the controls and another around a blaster riffle. that always bugs me. the was a very specific purpose in JEDI where they used their own guns, and that was in a chase while the enemy was right next to them. I know, stupid thing to complain about given the rest of the movie(s), but tbh, the toys have always had more forethought than the movies.

Life ducks, and you sigh.

its for imperial pig dogs with bad lower backs

anything newer than the 3 first films should be burnt into a sludge pile as i see it, its the kenner vintage 1977-85 stuff that is worth having. these replica and he-man looking sw shit from the 90s is crap. but i must admit that some of the 2000 stuff is very detailed and cool looking but i dont feel need to waste money on it.

lol, yeah but who will fund George Lucas' crappy escapades if it isn't the latest star wars wares?

Well I wouldn't mind having some, its just that I don't want to pay for them

meh. some of the prequel stuff is cool. some is retarded. considering how bad the movies are, it's amazing that the toys are as good as they are. one thing I never understood - and this comes from a guy who grew up on transformers and star wars - what the hell is the point in star wars transformers? a Slave I that turnes into a robot? uh. ok. millennium falcon? mmkay. tie fighter? uh huh. I feel like Tom Hanks in BIG here cuz <sheepishly raises hand> "I don't get it."
Life ducks, and you sigh. 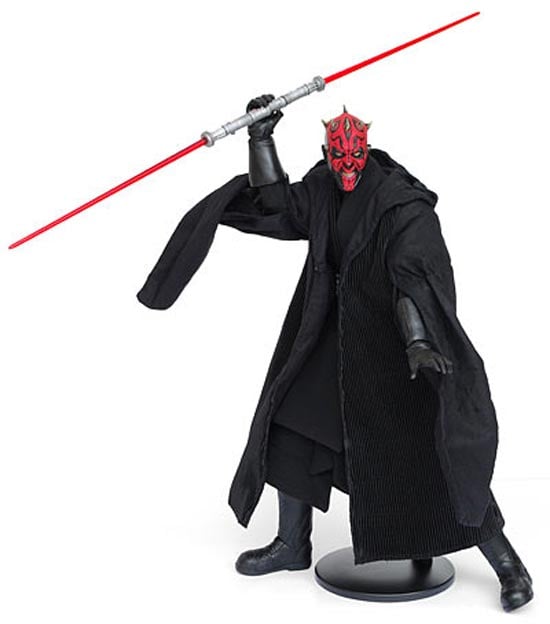